As part of the Critical Design Review of Roach-2, a soldering course took place again this year at the DLR site in Oberpfaffenhofen. A representative of the teams from all over Europe was introduced to the guidelines and practice of THT (Through Hole Technology) and SMD (Surface mounted devices) soldering.

After we arrived well on Monday despite the most difficult weather conditions, we started on Tuesday. On the first day, THT soldering was the main topic at DLR's well-equipped soldering centre (see picture on the right). After we learned the standards in the first half of the day, we could finally try it out for ourselves after a delicious lunch. We worked on 2-layered boards as well as on 4-layered boards (how they are used in the Roach-2 Rover). After we mastered this with success, we went out for dinner with the other teams.

The next day we continued with SMD soldering. In the first half of the day we devoted ourselves to theory again and in the second half we tried to put it into practice. This was clearly more difficult than the THT - soldering since the connections were considerably smaller.

When this was successfully mastered, we received our certificate.

On Wednesday the other three team members arrived by train. That evening we also met some other teams at the local pizzeria in Steinebach, a small town near DLR. The following day we had time for ourselves until late afternoon. We used this time to explore the surroundings and after some communication problems with the bus driver on the way to the campus we rehearsed our presentation.

Our first appointment was a presentation about environmental testing. In this lecture we talked about the loads during the mission and the tests for those loads.

In the evening we had a meal together with our supervisors and all teams in a restaurant directly at the lake.

Friday was the day of our CDR (Critical Design Review). As the last team we presented our progress and got valuable feedback. The experiment in general was well received, but we must work on our documentation. After the 20-minute presentation to experts from the participating partner organizations, we answered all questions and received valuable comments and hints.

Immediately afterwards, there was an interface discussion in which possible influences from other experiments were discussed to prevent or minimize mutual interference. 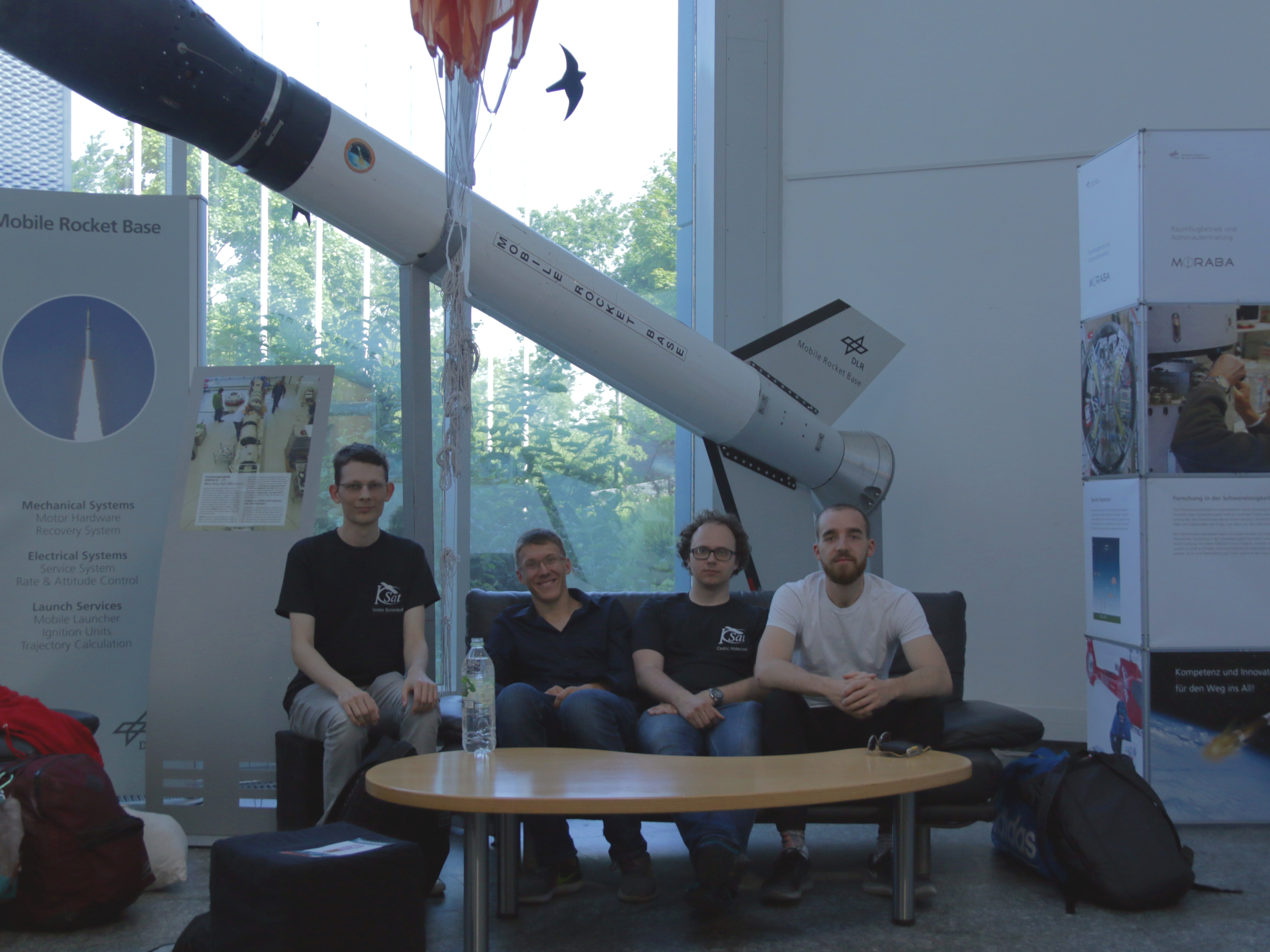