ROACH (Robotic in-Orbit Analysis of Cover Hulls) was our second experiment in the REXUS/BEXUS program. The KSat/ROACH team had successfully applied for the REXUS 23/24 cycle in autumn 2016. ROACH was completed in 2018. Its successor is ROACH 2. 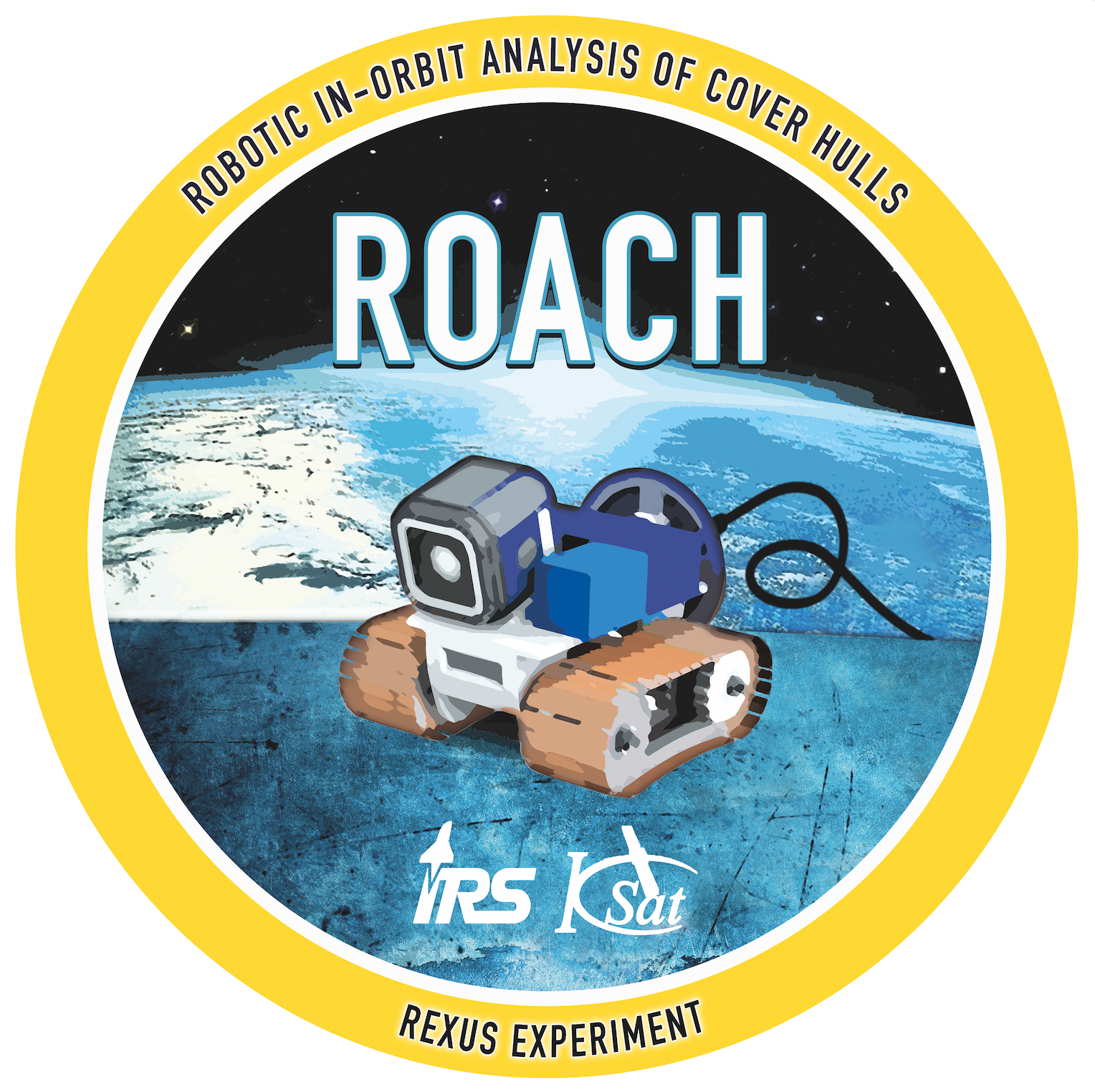 The motivation for the ROACH-project lies in the dangers that space debris and micrometeoroids pose for space structures like satellites, space stations and upper stages. Additionally, material degeneration in the challenging thermal and vacuum environment in space are potential risks. To detect damage and changes in the material it is therefore advisable to inspect these structures in regular intervals.Those regular inspections and maintenance work could enable space structures, that can be designed with smaller safety margins. A new approach could be miniaturized robots, which can move on the surfaces of those structures using electrostatic adhesion and are equipped with sensors to detect damage. Possibly, they could even conduct small repairs. The goal of the ROACH experiment was to design, build and fly the first prototype of such a robot to confirm the underlying principle.

The objectives in detail:

The core of the experiment was the rover. It was built from a integral 3D-printed chassis from ABS-plastics and toothed belts with mounted adhesion pads for locomotion. During liftoff the rover was held in place with a holding mechanism compensating the mechanical and thermal loads. This was achieved by two bolts, which pushed the rover against an upper barrier in a way, that prevented the delicate adhesion pads from touching the path during the rough liftoff phase. On-board the rover were several instruments mounted:

Additionally, three external cameras as well as one on the rover were monitoring the experiment. A mirror enabled an additional viewpoint without the need for a further camera.

The rover was controlled by an on-board computer (OBC) in the rocket module. The final control of the individual rover hardware modules was done by a microcontroller on the rover itself (Rover Control Unit RCU). To connect both, a cable according to the USB 2.0 standard was used. The OBC was processing all commands from the rocket's computer (primarily on begin and end of the experiment phase) and served as watchdog for the RCU.

The different processors and applications meant, that the use of several programming languages was sensible. For the ground station Java was used, for the OBC Python and for the RCU C++. 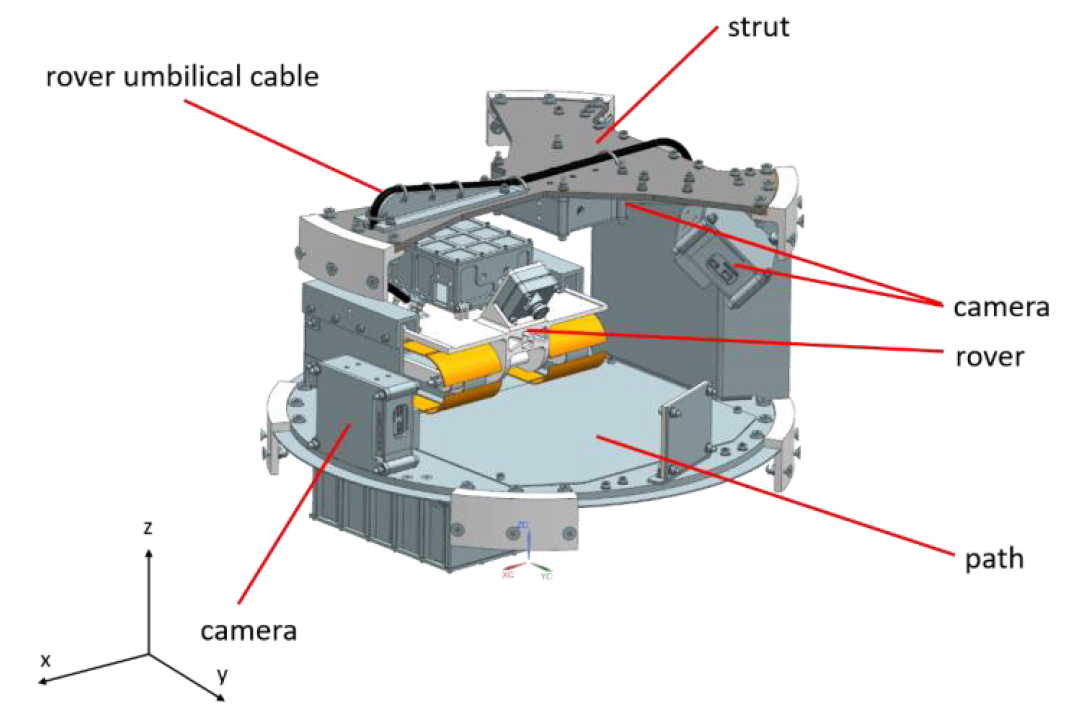 The adhesion pads on the rover tracks consisted of flexible circuit board material with a layer of copper and insulating layers of Polyimid. Between the copper layer and the path a voltage of several kV was applied. Due to the small distance between both electrodes large electrical fields could be created which pull the adhesion pads and therefore the rover towards the path. This method only works on electrically conductive paths but it is theoretically possible to use two-pole-pads to generate electrical fields which polarize a dielectric path and subsequently also create adhesion forces.

The best results in ROACH 1 were achieved with the Captonfoil DuPont Pyralux HT8515R with a polyimid layer of 25 µm and a copper layer of 9 µm thickness. At 3 kV normal forces of 2.1 N with pad sizes of 50 x 50 mm² were measured. The achievable shear forces were larger by an order of magnitude.

In the applied use case on the rover the adhesive force decreased to approximately 0.5 N using 4-6 pads in simultaneous contact. The decreased effectiveness is probably due to the less than optimal contact to the path because of the geometry of the tracks. In a bachelor's thesis written after the project this was described in more detail and alternative locomotion mechanisms were envisioned, which led to ROACH 2. 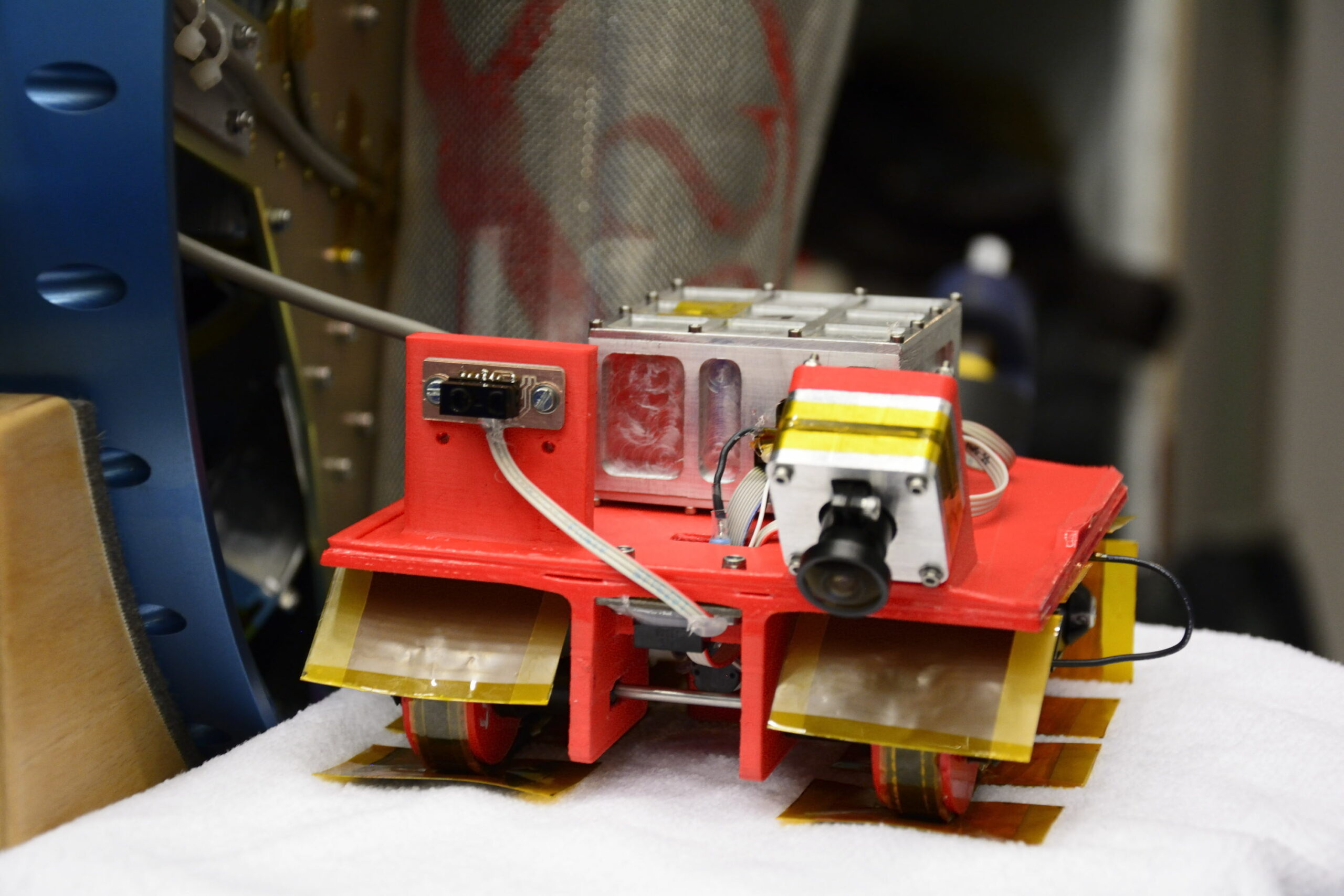 The experiment was evaluated prior to launch using mechanical and thermal simulation tools. To verify the resistance to expected loads shaker tests and thermal-vacuum-tests were conducted at Thales Alenia Space in Ditzingen and at the Center of Applied Space Technology and Microgravity (ZARM) in Bremen. In all tests the experiment performed as expected. The usage of high voltage in a vacuum equivalent to the apogee of the rocket of 80 km, however, proved to be challenging. Because the gap length of electrostatic discharges is increased in this environment, all high voltage components had to be carefully insulated. 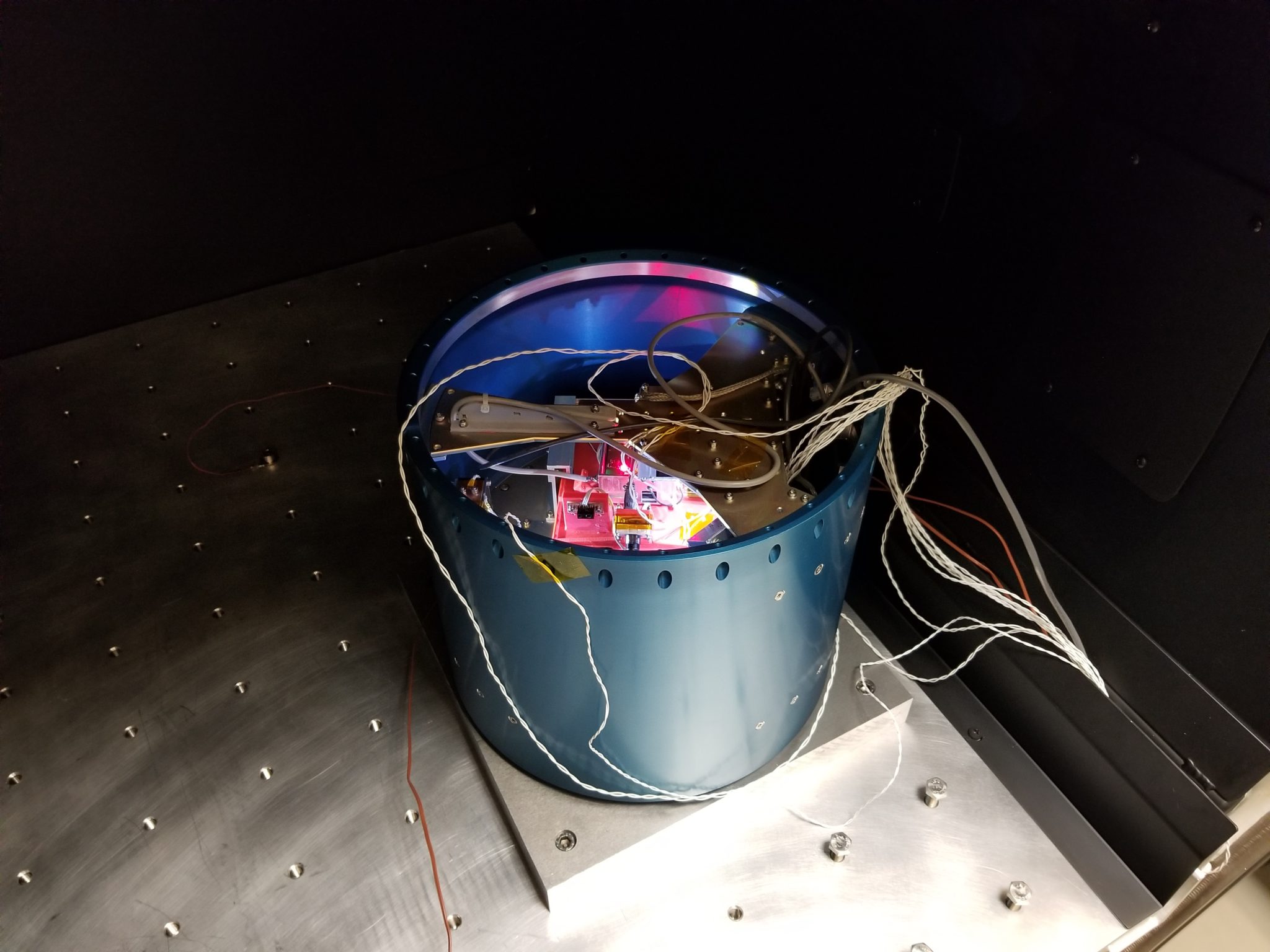 ROACH 1 in a thermal vacuum chamber

ROACH was launched in March 2018 on REXUS 24 at Esrange Space Center in Kiruna, Sweden. REXUS rockets use an improved Orion solid rocket motor for propulsion and carry 4-5 experiment modules with a diameter of 35.6 cm and a height of up to 30 cm. The rockets reach up to Mach 3 and an altitude of approximately 80 km. Up to 2 minutes of reduced gravity and vacuum can be achieved. The majority of the experiment had been planned for those 2 minutes. The approximate timeline looked like this:

The planned sequence is also explained in this video:

Sadly, the flight did not go according to plan. The premature ejection of at least one free falling unit of another experiment a few seconds after liftoff likely lead to damage of the rocket's fins and to its break-up into two pieces. The payload module incl. ROACH reached a maximum altitude of well below 10 km and then impacted the ground without parachute. The failure investigation report can be viewed online. Our experiment could therefore not be conducted as planned and a new project - ROACH 2 - was initiated. In a technical report we have documented our entire development process. This paper summarizes the information.

REXUS/BEXUS is a international student program, conducted by a cooperation of the German Aerospace Center (DLR) and the Swedish National Space Agency (SNSA). It is organized as a competition and provides students the opportunity to conduct their own ideas as experiments in environments, which are similar to those in space. Examples are the influence of space radiation or reduced gravity. It is possible to conduct the experiments either on a almost six meter long rocket (REXUS) which reaches its apogee in up to 100 km altitude or on a stratospheric balloon (BEXUS) which reaches an altitude of up to 35 km in free flight.

During the whole project the German student teams are supported by the DLR Spaceflight Management in Bonn and learn the complete cycle of a spaceflight project. From the idea to the publication of the results. 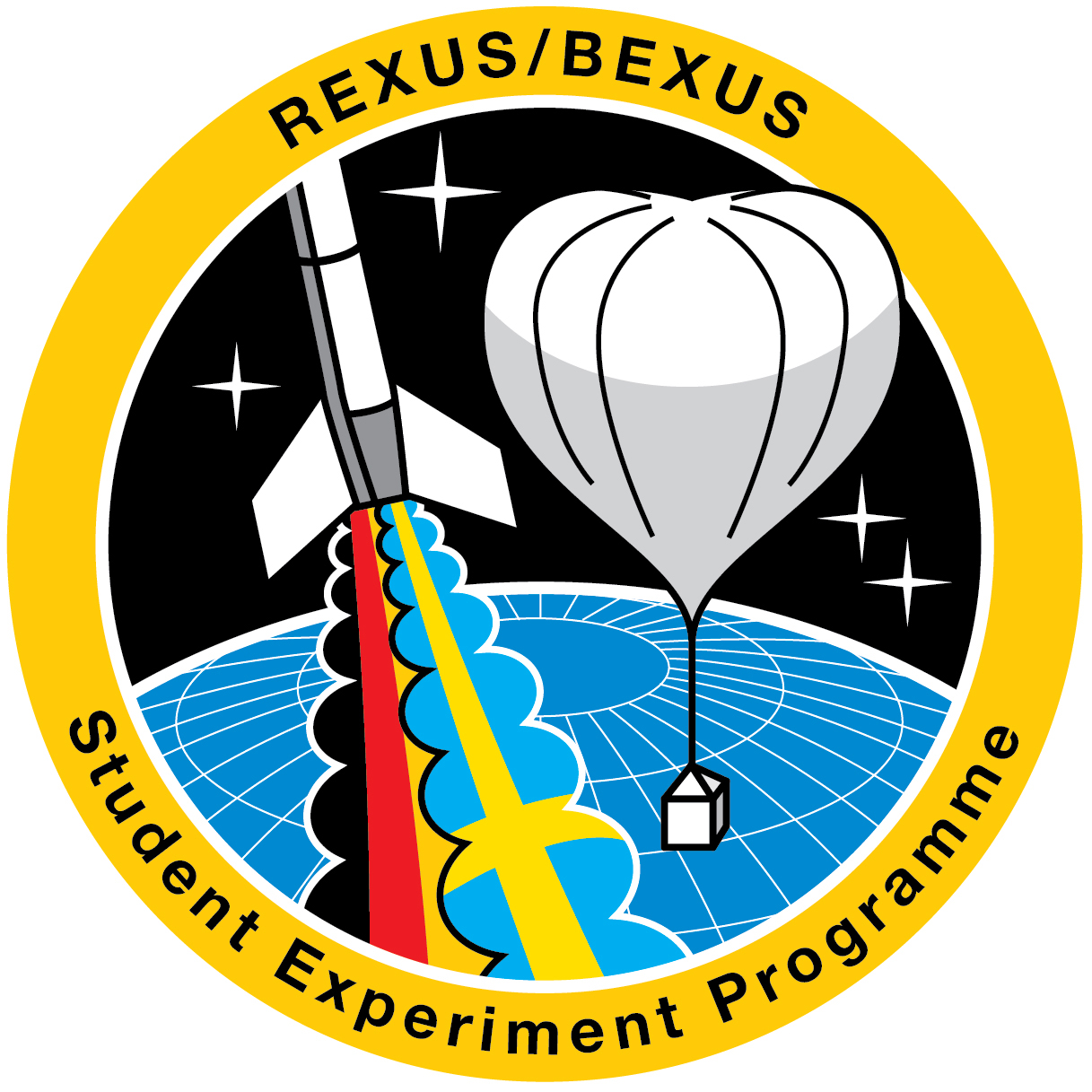 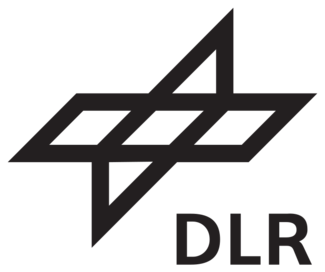 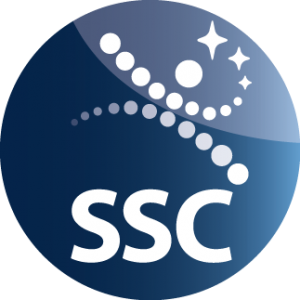 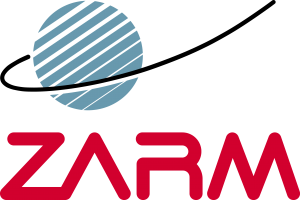 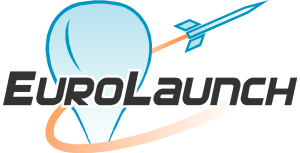