ESMO, the European Student Moon Orbiter, was the third mission within the SSETI program. The ESMO topic has been an idea since the very beginnings, but only after excessive work had been done with Express and ESEO in early 2005, the project started. The feasability study in december 2007 was the first milestone of the project. Since then, the ESA Education Office officially supported ESMO and in fall 2009 even gathered the budget for a launch. ESMO was meant to be a satellite of the ASAP5 class "mini", which means that the mass of the satellite is lower than 200 to 250 kg. This is approximately four times the mass of Express and twice as much as ESEO.

A flight to the moon is a challenging endeavour for a student project since the systems demand a high reliability, which increases the complexity of the overall satellite. Construction and manufacturing thus showed to be more difficult than Express or ESEO. 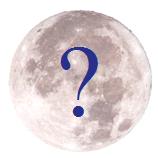 Especially during the first project phase prior to the official ESA support, different approaches on how to reach the moon were discussed:

An electrically heated hydrogenium-vapour engine ("resistojet"), a fairly new bipropellant engine with nontoxic "green propellant" technology and a solid rocket concet supported by cold-gas. The latter hybrid engine was the favoured option utilising nitrous oxide as oxidator and paraffin as propellant. Eventually, four hydrazine-bipropellant thrusters were sponsored by the ESA. The engines were spare parts of the R6 ATV. A second propulsion team from Italy was responsible for the Orbital Control System (OCS) since our experience with Express and ESEO qualified us for the development of the tank system and the attitude control system.

Work on ESMO started in early 2005. The SSETI association had considered a lunar mission since its founding and now deemed the time right. The from the University of Stuttgart was selected to oversee the development of the both mission-critical and highly complex propulsion system. Following the first ESMO workshop in Zaragoza the team expanded rapidly by fall 2005. The project gained support by the ESA in march 2006 and was assigned a dedicated project manager within the Education Office alongside further expert support. At this point, ESMO was undergoing Phase A (feasibility study).

To recruit as many students and student teams as possible, a call for proposals was published until August 2006 and received considerable response. Phase A continued until summer 2007. Meanwhile, the Stuttgart team conducted research to better compare and select the above mentioned propulsive systems. This happened in coordination with the other subsystems’ teams. As a result, the hydrazine engine was chosen in 2007. In December 2007, the satellite proposal as finalised by the various teams was presented to ESA experts, who thought well of it. Phase B (preliminary definition) could begin.

In 2009, the ESA handed the project management to the experienced British company Surrey Satellite Technologie Ltd. (SSTL). Additionally, a budget for development, construction and launch was made available. It did not, however, include the development and testing of the respective subsystems, which was paid for by the individual teams.

ESMO successfully managed the Preliminary Design Review (PDR) in early 2011. Merely weight problems were identified, which forced an extensive redesign of several subsystems and the satellite itself. These eventually led to a significant increase of the expected manufacturing cost, going beyond the scope of the assigned budget. After being informed of these changes, ESA cancelled the project in 2012, two years before the targeted launch date.

To date no similar mission has been reconsidered by KSat or the ESA. The results of the research on the attitude control system were published at the Space Propulsion Conference 2012. It is a very simple and inexpensive system, ideal for small satellites. Briefly, in 2008, NASA considered a similar mission dubbed American Student Moon Orbiter (ASMO). As of today, financing problems and limited support by NASA have stalled the plans indefinitely.